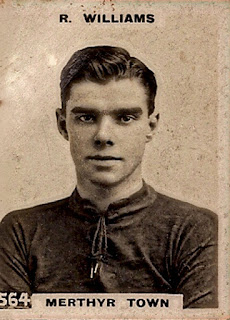 The idea to name the roundabouts in Merthyr Tydfil after Welsh football heroes from the town is a great idea and we hope that the Borough Council will support the idea emanating from the football club. Whoever thought up the idea deserves a medal for grasping the opportunity of celebrating the Welsh football team in this their greatest year but also twisting it to promote the local players who have worn that red (and not grey) shirt that represents our nation on the worldwide stage. So who should be commemorated on the thoroughfares of the Pearl and also where?

Steve Jenkins (the roundabout outside Trefechan shops of course)

Why not just include one guest too? Chris Coleman to be commemorated on the Baverstocks roundabout as the gateway to Merthyr from his home town of Swansea.

OK, let’s see how this pans out. It shouldn’t be too hard to arrange, there’s probably some EU grant funding somewhere for us to celebrate our heritage isn’t there? Oh yes, I forgot ………